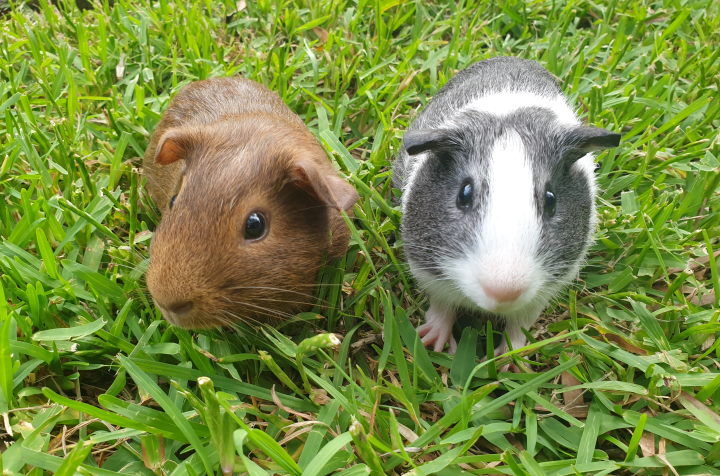 How do you really know what your guinea pig likes to eat?

After all, they can’t tell us!

Sadly, most of the information at our finger tips has its origins at some stage in somebody trying to make money off the poor little critters.

But, as luck may have it (or otherwise), I’m here to uncover the truth about the matter.

In our quest to dig deeper than surface layer information fed to us by the pellet companies and vets who are commercially tied to them, we shall travel to the various grasslands of South America.

Domestic guinea pigs no longer exist in the wild and couldn’t survive there (well, that’s not technically true, if you consider the tales of feral guinea pigs in Hawaii). Humans have been keeping piggies for so long than that’ve become ‘domesticated’ and adapted to survive with us.

So… to understand what they would have eaten in the wild just a few thousands years ago, when they first started living alongside us, we need to look at wild guinea pigs.

As you can see from the photo, they really are quite closely related, so we can reasonably draw a lot of solid conclusions about their natural diet.

These charming little cavies are lucky enough to call their home such places as the Paramo Grasslands and Pampas plains of South America.

What do you notice about the word “Grasslands”?

Yes. Grass. Guinea pigs eat grass. Lots of it. They love the stuff.

I remember the first time we gave our guinea babies fresh grass after they had only eaten hay for the first month of their lives. They were like savages! We’d never seen such energy in them – wheeking and popcorning around like nobody’s business. Actually, this was the first time we saw the boys fight over something – a literal tug-of-war match on a blade on grass!

But what kind of grass exactly, you ask? The Río de la Plata grasslands are home to over 550 species of the stuff, so we’ll need to be a bit more specific.

After digging through a few scientific papers, I was able to find a 1998 study that took 2,000 Brazilian Guinea Pig poops under the microscope to find out what kind of food they preferred.

Turns out, according to these poop analysts, cavies foraged selectively and Gramineae plants, especially grasses of Lolium sp., were consumed preferentially.

What Does This Mean In The Real World?

What does this mean for us? After all we’re unlikely to be taking our piggies on a round-the-world grazing trip to the Andes anytime soon.

What this means in reality is that your guinea pig should eat as much fresh grass as possible. If you have a lawn, then let them graze on it. In fact, there are numerous ad hoc reports around the Internet of guinea parents replacing hay with grass completely.

Think about it… hay is simply dried grass after all!

In fact, tall hescue and rye grass, both popular lawn grasses in Australia are from the Lolium genus that they prefer. So give some thought to that next time you seed your lawn!

Though be careful, if your guinea pig has become accustomed to hay, you’ll want to transition to fresh grass gradually – or you’ll give them an upset stomach.

Any page on guinea pig food would not be complete without a summary of the “traditional” view on what they should be fed. This will likely be the information given to you by the majority of rescues, vets, blogs and pellet companies (the former 3 of which are all in the pockets of the later).

The formula tends to vary, but is inevitably a variation of 3 main elements:

There are numerous problems with this diet plan. The main one of which is how dry the diet is. Sadly, it’s no wonder that faecal impaction is such a common health issue in cavies.

We figure that mix of dry (dead) grass and highly processed pellets is terrible for their bowels.

And what’s more, guinea pigs don’t really eat fruit or vegetables at all in the wild!

Many guinea pig owners unwittingly feed their babies far too much fruit and veg – which are full of carbohydrate sugars their systems are not designed for – the inevitable result of which is over-eating and weight gain.

When our little mates become overweight, this entails another wealth of health issues – such as bumblefoot to name but one.

Much better to stick to just what nature intended.

As I just mentioned, this will fly in the face of much of what you will read elsewhere, but hopefully the above studies should convince you that this makes sense.

For the next 6 months, we will be transitioning our piggies completely off Hay and toward an almost completely “whole and fresh” based diet. In other words, we’re attempting to replicate the natural cavy diet as much as possible!

That means, everything that passes their lips should be as Whole as possible and as Fresh as possible.

Of course, we don’t live in the Andes, we live in Australia… so we aren’t able to replicate the sheer overwhelming biodiversity of a cavy’s natural grassland habitat. But, with a few little guinea hacks, we reckon we can do a pretty good job of assembling a diet plan that will be full of nutritionally fulfilling, natural and rewarding foods (and quite possibly cheaper than anything else)

I don’t recommend you follow our approach (just yet), but stay tuned for our results. We’ll be documenting the journey as we go, including regular vet checkups to monitor for vitamin levels, etc. Watch this space!

For now, you can browse through the below food list as we investigate and publish the truth about all the different types of guinea pig food, such as fruits and vegetables, pellets and more. 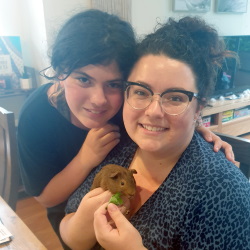 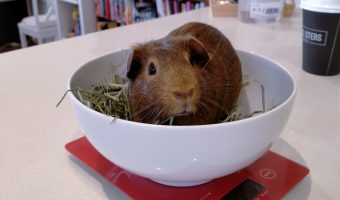 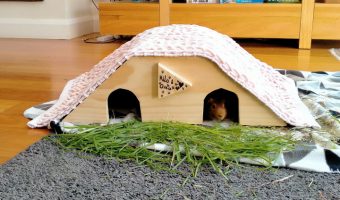